4K world premiere film to launch the Xbox One X

The pseudonym turned out to be the code name for the hotly anticipated Xbox One X, which would require a thrilling product video to launch the console onto the global stage.

We caught up with Matthew to understand more about Blind’s creative process and how the project team utilized Cycles 4D as part of the overall project. "To kick-off the project, we sat down with Microsoft’s Marketing and Industrial Design teams in a meeting headed by Craig McNary, Director of Global Integrated Marketing," Matthew tells us.

“He described the vision for the launch, discussed key marketing goals, which design details of the new console to highlight, and we brainstormed ideas around what the ‘Project Scorpio’ launch video could be.”

Flying back to LA with a head full of information to synthesize, Matthew and his team now needed to create a design solution that captured everything discussed in that first meeting.

Using Cycles 4D as the render engine for the project, the team steadily brought the stunning video alive. Matthew explains:

“The bridge between Cycles 4D and X-Particles allowed us to create some impressive effects. We took the dynamic parameters coming out of the X-Particles simulations – such as age, distance and velocity – and translated them into modifiers for the render properties.”

“This allowed us to create unique color and value evolutions in the animation. It also helped us with compositing our particles into the live-action footage, because we were able to create foreground and background layers based on the distance to camera modifiers.”

We asked Matthew how Cycles 4D performed within the pipeline from previs to compositing, and how long it took to add it to the workflow.

“This was the first time I’ve used a GPU-based renderer in a large pipeline,” he says. “Luckily we had a healthy R&D phase to test and integrate it into our workflow. It took a small team and a couple of weeks to figure out the right setup for us. Once we had figured out how we were going to use Cycles 4D in our pipeline, we invested in some new hardware and used a GPU farm.

“One of the benefits of Cycles 4D during the process was that it helped us iterate quickly and see results live, before we committed to long render sequences. Compositing was a breeze because we were able to render out passes and mattes that allowed us to integrate them well with the rest of the plates.”

“Using a node based system also made it a much easier way to see all of the variables at once, and it helped me comprehend what type of parameters could be used or combined to drive effects. The system was a little bit of a learning curve for me, but once I understood it, it was great!”

A key challenge for the team at Blind was to figure out a way to convey what a true 4K gaming experience looked, felt and sounded like, focusing on the incredible power of the console and its capability to create rich sights and sounds.

Matthew told us: “We researched ads for 4K TVs who have explored ideas in this space, and gravitated towards ones with pixels building a large, beautiful picture. At the same time, we also looked at a few Nike commercials that had threads weaving together to create a shoe.”

“The design team then explored combining these references to come up with a unique visual language of our own for the brand. The concept we landed on was ‘Pixel Threading’, where digital pixels weave together to create high-fidelity 4K imagery of Xbox characters. In our eyes, this was the best way to solve the communication challenge given to us.”

With such a complex project, we asked Matthew what obstacles the team had to overcome throughout development.

“A major hurdle we had to overcome was how to stick particles onto the surface of an animated character,” he says. “The problem we ran into was that once a particle was born, it would stay in place or follow the dynamic physics of the simulation. This would cause a visible sliding between the different passes we were trying to combine.”

So how was the problem resolved?

Matthew told us: “We ended up creatively breaking up the geometry into large groups – for example head, neck and body – and then simulated each of those assets static, without character animation. This way the particles generated would stick perfectly to its surface, while still following the dynamics of the simulation. We then parented those sims back onto the animated rigs. This created a much faster and smoother bridge between Houdini, X-Particles and Cycles 4D.”

So, based on his experience of using Cycles 4D on the Xbox One X project, would Matthew recommend it to others?

“I highly recommend anyone using X-Particles to use it in tandem with Cycles 4D. The bridge between the two allows for some amazing effects and control over the appearance of your particle systems. Being a regular Cinema 4D user also meant that Cycles 4D was fairly easy to pick up and integrate into our workflow.

“Everyone involved has been so happy with the unique visual language we developed for this film. Our clients at Microsoft and partners at Ayzenberg Group were pushing us to create something they hadn’t seen before, and everyone has been stoked that we were able to deliver on that.” 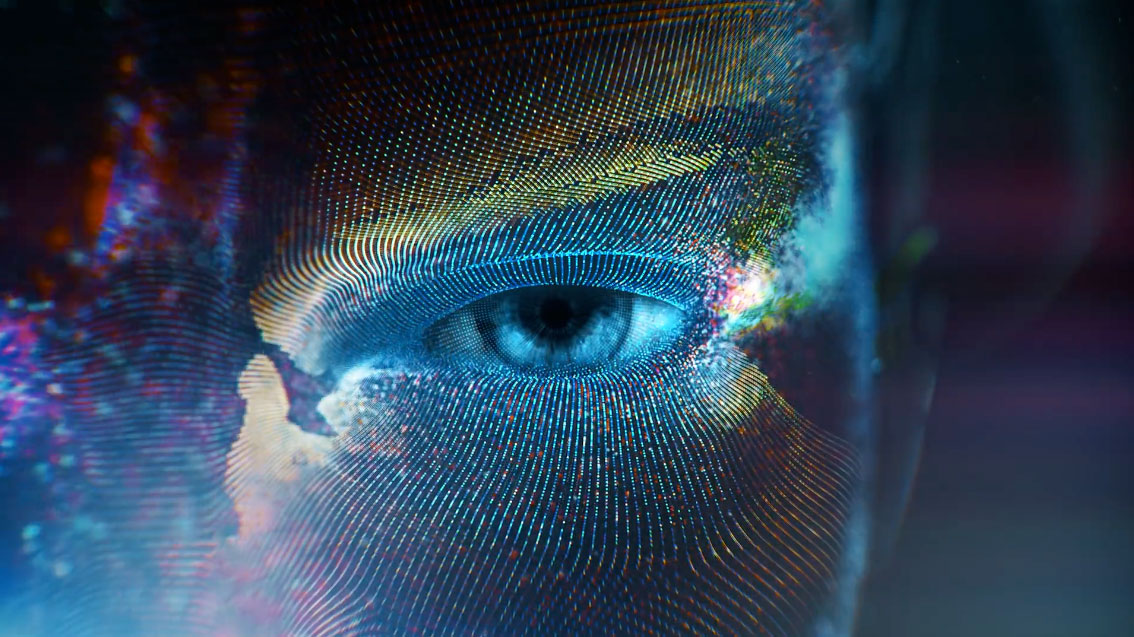 “I highly recommend anyone using X-Particles to use it in tandem with Cycles 4D. The bridge between the two allows for some amazing effects and control over the appearance of your particle systems."