A Berlin International Film Festival nominee, the film, One & Two, is a coming-of-age fantasy revolving around two siblings who discover a supernatural escape from a troubled home.

It’s always wonderful when a fantastic artist uses X-Particles in production. The lead characters' ability to teleport through space and time in One & Two made this the perfect film for VFX Designer Josh Johnson to utilise smoke simulations. We wanted to find out more about the film and of course how Josh feels about X-Particles.

Josh Johnson has been fascinated with filmmaking and VFX since he was a child. Growing up with two brothers, they’d borrow their dad’s video camera to make their videos and movies. A key childhood moment was seeing ‘Jurassic Park’ in the movie theatre and stumbling upon a TV show called ‘Movie Magic’ on Discovery Channel. He remembers thinking 'people do that for a living?!' To this day, Josh is obsessed with telling stories; he’s grateful he creates Visual Effects for a living.

After graduating in 2006 with a degree in Digital Cinema Arts, he focused on learning computer animation and visual effects. Thankfully Josh took an interest in 3D VFX; he started using Cinema 4D and the rest is history. He landed his first feature film Duplicity in 2008. A couple of years later he began a VFX website/blog called vfxdaily where he shares tutorials along with his portfolio.

How did you become involved in the making of One & Two?

I’ve worked with the director, Andrew Droz Palermo multiple times, including some of his music videos, a short film and True/False Film Festival bumpers. I also did some effects work for his documentary, ‘Rich Hill’, which went on to win the Grand Jury Prize at the Sundance Film Festival. I enjoy working with him so I was ecstatic when he asked me to be part of the team.

Why use X-Particles for this particular project?

I knew X-Particles would be a great tool for this project because I needed to create CG smoke. 2D stock smoke alone wasn’t going to cut it and X-Particles gave me a very quick way to test out multiple variations of particle simulations in my viewport.

You used X-Particles in the teleportation scenes, please could you explain how in more detail?

Sure. I would create my particle sims with X-Particles. This would usually include a sphere emitter with gravity and multiple layers of turbulence (Standard and Curl). From there I would add a TFD emitter tag to my X-Particles. Doing this allows me to use X-Particles as a driver of my TFD smoke. Ultimately, this was a workflow that allowed me to finish shots on time. For added detail, I used multiple X-Particle simulations to create a heat distortion too. For the heat distortion, I simply rendered two X-Particle simulations. One with a red colour and the other with green. Then, in After Effects and/or NUKE I used a displacement map in conjunction with the X-Particle renders. In addition to the teleporting, there was a shot where I added a small flock of birds in the background, which was completed with X-particles.

My favourite things about X-Particles are that it is FAST and it's so well integrated into C4D. But, it doesn’t stop there, it is so powerful. It gives you limitless control with all the modifiers and mograph effectors you can use to art direct your particles. I also love that it works well with other popular third party plugins like TFD.

Have you ever come across a design problem or issue where X-Particles has given you a solution?

Yes. The ability to use X-Particles to direct my smoke simulations is huge for me. It saves me a lot of time. Generally speaking, the sheer amount of control I have with X-Particles is something I can’t live without.

Josh has been a Beta Tester for INSYDIUM for quite some time. What has it been like working with the team and being involved in the on-going development of X-Particles?

It’s been amazing beta testing and working with the INSYDIUM team. They are very passionate about their product and I think it absolutely shows in the development of X-Particles. They listen to their testers and users too. It has grown so much since it was first introduced. It’s amazing really. Being a VFX guy, it’s a life saver to have such a powerful particle option for C4D. I’m excited about the future for X-Particles too. Not only does it keep getting better by leaps and bound for each new version INSYDIUM recently acquired ExplosiaFX and I’m quite curious to see what happens with that acquisition.

It’s been an absolute pleasure working with Josh Johnson, please take the time to have a look at his latest project. 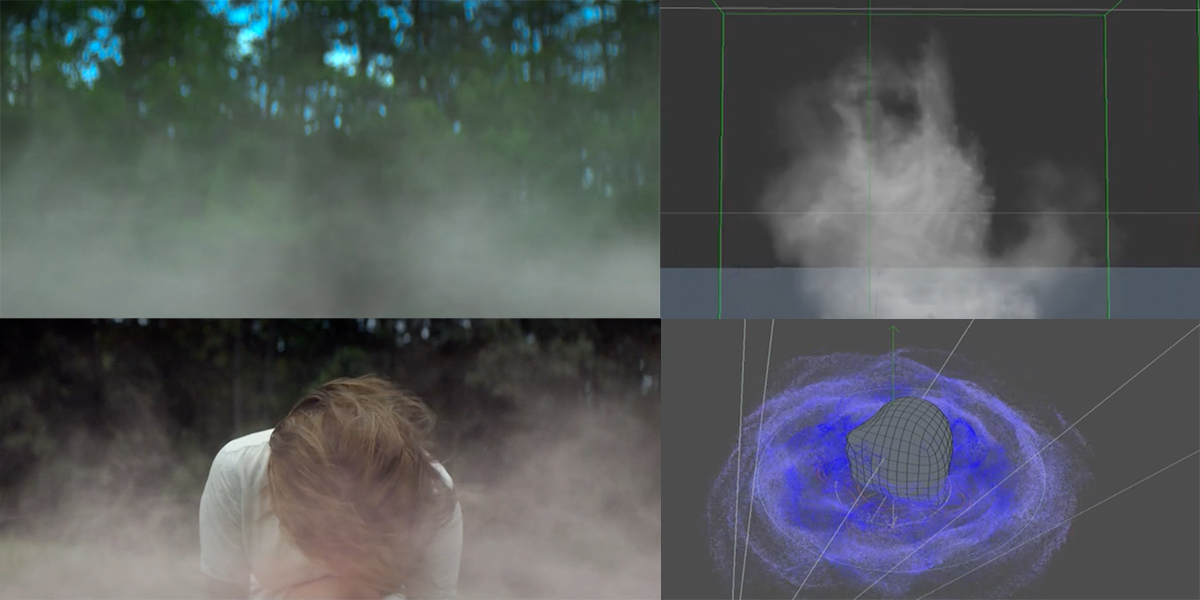 “It’s been amazing beta testing and working with the INSYDIUM team. They are very passionate about their product and I think it absolutely shows in the development of X-Particles."