Chris Ray Moberg talks to us about using X-Particles for his project with Coat of Arms, episode 4 of their Lullaby Theories: Babies & Babies & Babies.

The importance of scientific inquiry, testing ideas and open discourse is discovered in Lullaby Theories: Babies & Babies & Babies. The imagery coincides beautifully with the voiceover from twins, Lucy and Sophia and their mother, as they discuss the much-debated inflation theory. The link between our universe having its own twin and the twin sisters is a happy coincidence. Chris Ray Moberg worked on the design, animation, FX and rendering for this episode of Lullaby Theories.

Chris, could you tell us a little about how you became a motion artist?

I had a bit of a weird path into motion design. I studied a three-year Business Administration course at College in Ottawa and I lasted two months before dropping out. I had always loved art classes and computer courses, so I took a pre-design course to build a portfolio, and the following year I was accepted into a graphic design course.

The excitement really struck when I started playing with Adobe Flash. Something about watching your work move brought a new joy to my projects. After I was introduced to After Effects, that's where I focused all my attention. I landed an internship with a company in Toronto and I got my first taste of actual motion design. I was hooked!

Everything else has been self-taught. I've been playing with Cinema 4D for around six or seven years. The software is constantly evolving, and new plugins make it such an amazing tool.

You worked with Coat of Arms on this project. Who are they, how did you get to work with them, and what was the purpose of the film?

Coat of Arms is a creative company started by Clara Lehmann and Jonathan Lacocque, a duo living in West Virginia. They have specialized in original filmmaking services for nearly 10 years now. Clara and Jonathan are also the proud parents of twins, Sophia and Lucy Lacocque, whose voices have appeared in each of the Lullaby Theories.

I met Clara and Jonathan in 2016 at SXSW in Texas, after we both had projects in the Excellence in Title Design competition. When they briefed me on Lullaby Theories, I was immediately interested, I loved the concept. They wanted to make complicated scientific theories more approachable, pairing conversations between Clara and their daughters with animations from designers and motion artists from around the world. Internally, they had a desire to try new things creatively, and to flex their artistic muscle in a way that clients don't always allow.

Can you tell us why you chose to use X-Particles for this piece and how and where it was used?

X-Particles is the best way to do particle work in Cinema 4D. It's a very welcoming plugin that lets you plug and play, iterating quickly on ideas.

X-Particles first appears when Earth's pedestal shatters. The pedestal needed to feel like it was made of strong metal. Voronoi fracture was the perfect effect for this as it also generated vertex maps for the inner shattered faces. I could then emit particles from the surface of the broken pieces and have them collide with the pieces as well.

Next, I used it for the sun explosion. This shot was a lot of fun! I wanted to make this feel massive while still feeling we were in the sort of miniature world. I first animated the surface of the water being pushed out from the middle, as well as the planets drifting slightly. I used all the geometry as colliders for a large burst of particles from the sun's surface and limited the amount the particles could travel on the Y-axis, which kept everything moving outward.

I was struggling with how to transition from the "snowflake" to the next large particle simulation I had built. X-Particles came in handy for that, emitting one single particle (or universe) then having it emit others based on the distance travelled and putting that into an OpenVDB mesher, giving it the molecular cell splitting look I was going for.

The final scene to use X-Particles was the visual for chaotic inflation theory. Another explosion of particles would have worked but I wanted to try and visualize rapid and chaotic expansion differently. I ended up using the FlowField with Splines to direct the particles movement, so I could steer them around these large black holes that were slowly growing. A pose morph tag allowed me to animate the Splines expanding with the spheres as well.

Within this episode, the main theory discussed is inflation theory. If parallel universes do exist, what would your other self be doing?

Love that question! That's something I'm sure many artists and designers think about when they are in a slump (or maybe that's just me?). Woodworking has always fascinated me. My father did a lot of it when I was growing up, and I always loved helping him and still do! There's something about creating physical objects with your hands that is very rewarding.

The film revitalises the vivid imagination we all had as a child, something that is often lost in adulthood. Being a motion artist, how do you tackle this and find inspiration for such projects?

To be honest, in a lot of ways, I still feel like I have some of that childhood imagination. Working in a creative industry, it feels like we're constantly exercising that creative muscle, which may also help. I think the biggest thing I try and do is to step away from the computer. My best ideas always seem to show face when I'm out walking my dog or trying to relax at the end of the day when I'm doing anything but sitting at the computer looking for ideas.

Can you tell us what your favourite shot to create in this piece was, and how you went about creating it?

That would have to be the sun explosion. I love how the entire scene turned out and how it looks like the pressure from the explosion is pushing the water and the planets outward. These were also the most technically intensive shots.

Once I had one particle system working and flowing the way I wanted, I wondered what would happen if I duplicated the emitter. I ran the cache, and it took maybe 20 minutes, so, I doubled the systems again. The caching time went up, but it was horribly long, so I added another 5 or 6 systems and upped all the particle birth rates. I ran the cache at the end of the night, and it took just over 12 hours and finished with around 3.5 million particles in the scene with dynamic collisions.

I only had my home computer to render on, and the frames were over 20 minutes each with DOF and motion blur. I'm sure there was some serious optimizing I should have done. My computer rendered nonstop for four days. Fortunately, it lined up perfectly with a long weekend where my wife and I were camping!

Lastly, if you were to give one piece of advice to an aspiring motion artist, what would it be?

Times where I've doubted my abilities and wanted to say no to something, due to fear of not being good enough and I've said yes, have had the best impact on my career. So, it would be to say yes to the scary stuff, even if you don't believe in your abilities. 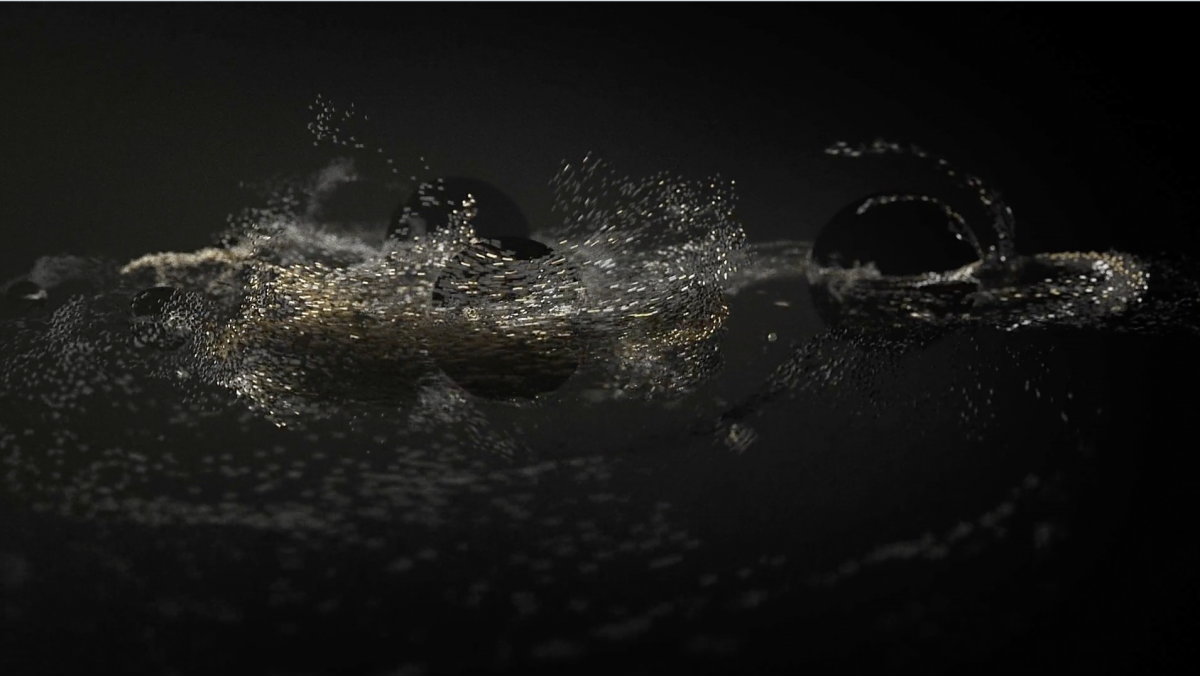 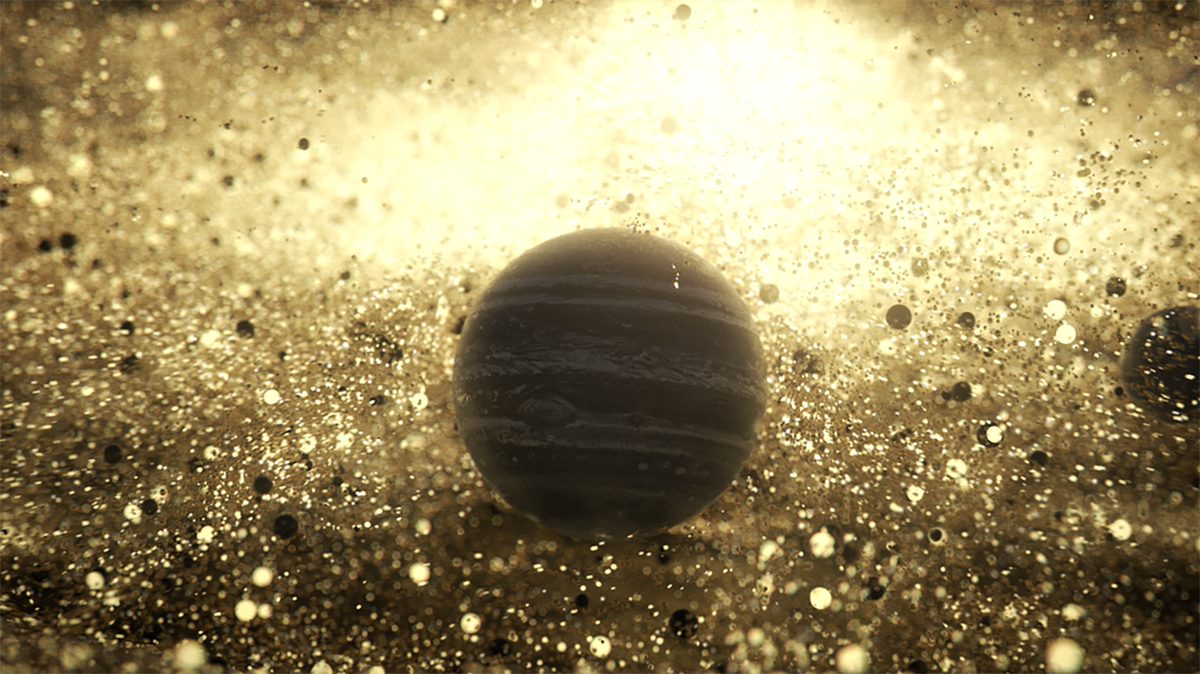 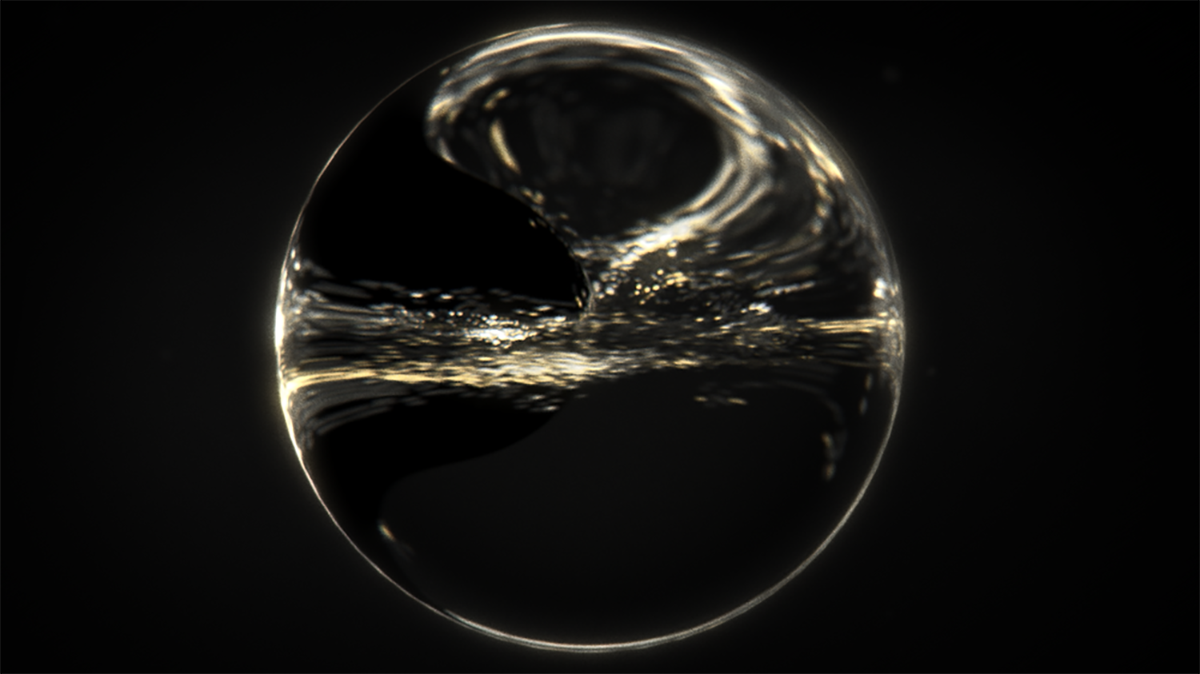 I love how the entire sun explosion scene turned out. These were the most technically intensive shots.