Array at the Barbican, INSYDIUM LTD

We caught up with Simon Russell to chat about his work with 59 Productions on a recent animation for Array, a projection mapping piece in the Barbican.

Array, a spectacular light and sound installation, transformed one of the City of London’s busiest streets into a stunning visual realisation of a piece of music. Together with 59 Productions, Simon Russell worked on several sections of the animation to be projected on both walls and the ceiling of the Beech Street tunnel, Barbican.

Simon, can you tell us a bit about yourself and how you got into motion graphics?

I’m a freelance motion graphics designer from Bath. I now live in Ivybridge in Devon after spending many years in London. I started off by doing a degree in motion graphic design, and really it’s all just followed on from there.

My work is mainly focused on motion graphics and design with occasional forays into concept design and visual effects. That includes creating live visuals for artists like Elton John, Shawn Mendes and U2. I’ve created work for the Commonwealth Games, the LA concert hall as well as the Barbican. A lot of my work is driven by experimental work in visualising audio and sonification. I’ve also worked on shows like Black Mirror, Watership Down and the Dark Materials trilogy doing concept development, UI’s and visual effects.

Looking through your portfolio, most of the work you produce is based in and around music. Is there a reason behind this?

It’s something I’ve tried to focus on in the last few years. I love making visuals for live events, and I’ve also got a personal mission to try and really fuse music and visuals into one ‘synesthetic’ experience.

With a brief like ‘Create an "immersive audio-visual feast to place audience members inside a piece of contemporary classical music"' where do you start? Where do you find your inspiration?

Inspiration isn’t really the hard bit. There was so much to draw on within the music, plus the client had some pretty good starting ideas of what they wanted. It was more to try and pull those ideas together into something that was achievable and captivating.

You say you used MIDI and key framing to drive the animations within Houdini but then rendered the pieces in Cinema 4D and X-Particles. Why did you do this?

Houdini offers a more sophisticated approach to audio data and MIDI than Cinema 4D. I used Houdini to pull the audio data into 3D animation data and then brought it into Cinema 4D which is far better suited for the design development and rendering. Simply the speed of being able to iterate in X-Particles and try out different variants.

You also say that due to the shear scale of the Barbican tunnel you were working at massive resolutions. What techniques did you use to make your workflow more efficient?

Yeah, it was really hard to get a gist of how the animations would feel in the space from just looking at the screen. Even throwing it onto 3D models of the tunnel didn’t really do it. But thankfully we had a VR setup that allowed us to pretty quickly move from Quicktime to an immersive view. So that really allowed us to see the scale of the project and assess how it felt. It’s really easy to create something that is just too overpowering and sickness inducing, if you’re only viewing it on your 2D screen.

How does creating CGI/VFX for projection mapping differ from standard formats?

In some ways it’s pretty similar, the fundamentals about design, colour, animation and so on all hold true. But there are a few more technical steps involved. You’ve got to work to some very strange ratios and always keep thinking about the physical space, the dimensionality and the sheer scale of what you’re doing. Also, the scale of the renders can be a little crazy. I think the dimensions of Array were 15K by 2K. This is where X-Particles helped a lot as well. I was able to render out a couple of million particles on that scale at about 1 min a frame.

How did you first hear about INSYDIUM's X-Particles?

I’d heard about X-Particles just from reading forums and so on but I think it was around XP2 that I actually got hold of a copy. Generally, I’d worked in Thinking Particles which is now incredibly old fashioned. But I liked it and had invested a lot of time learning it. But once I started using X-Particles, I realised that there was no going back really.

If you were to offer one piece of advice to an aspiring VFX artist, what would it be?

I wouldn’t say I’m a VFX artist… I guess for design and motion graphics, I’d say focus on the fundamentals of design. If I were starting out now, I’d also probably start looking at real-time platforms such as Unreal, Unity and even Notch.

Created by: 59 Productions
Music by: Esa-Pekka Salonen
Produced by: the Barbican and 59 Productions
Project partner: BBC Symphony Orchestra and Chorus 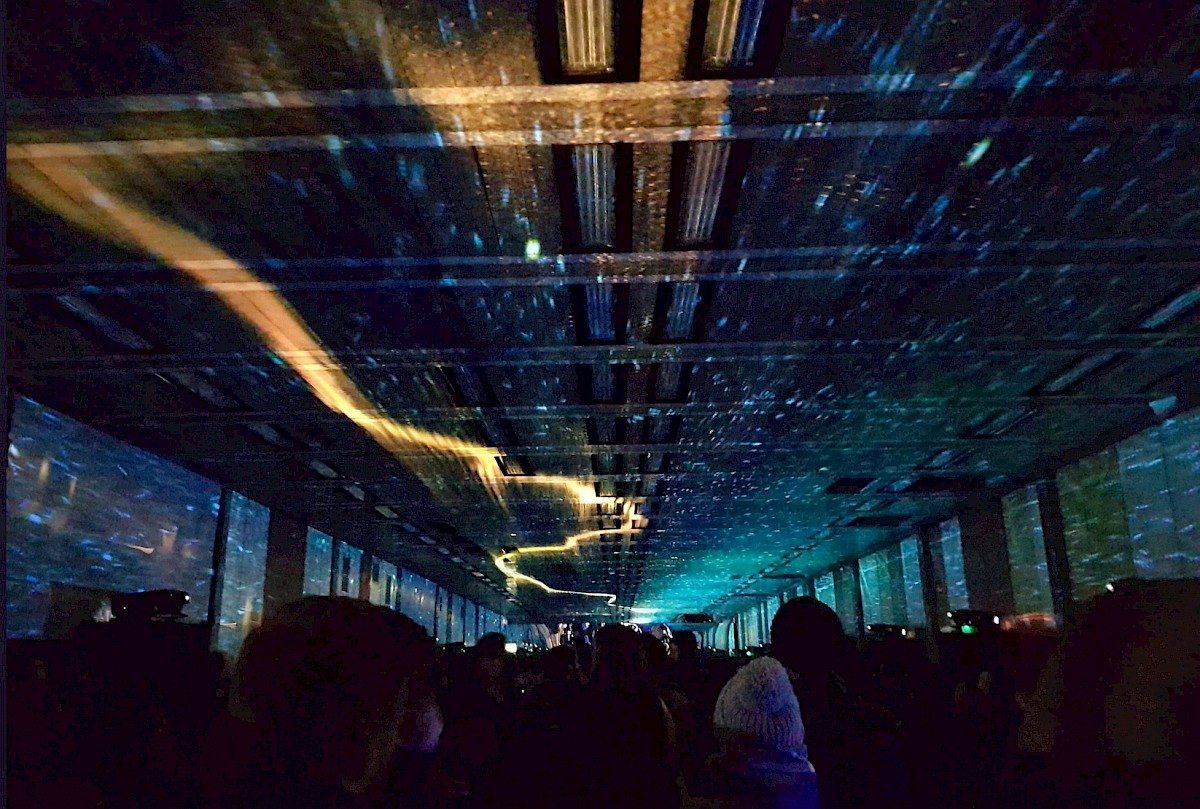 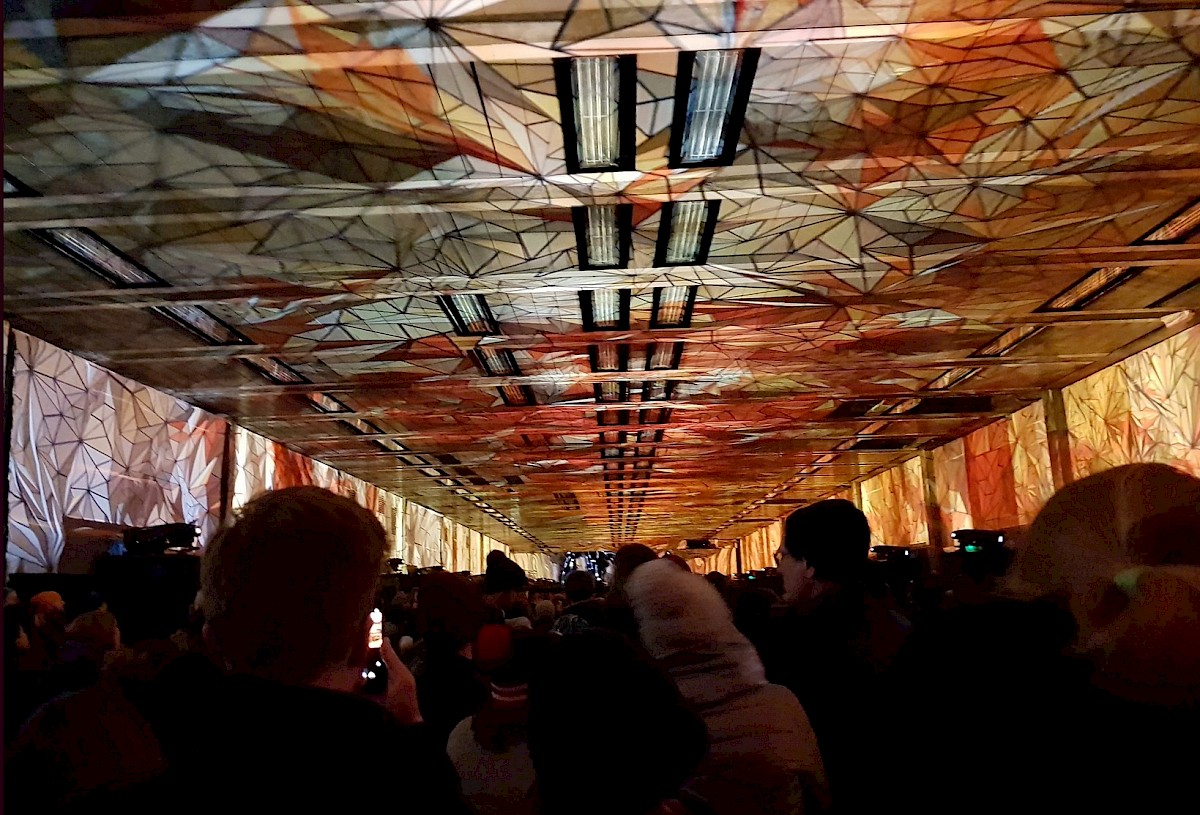 Using digital projections complete with soundtrack, the idea was to create "an immersive audio-visual feast to place audience members inside a piece of contemporary classical music."